Experimental rock with an Italian flavour being released on a label with Portuguese roots. Common denominator: London.


Los Padres self-titled debut album is out 21st of March: 100 cassette tapes, 20 in red for pre-orders. Mp3 download code is included. Listen to the full stream of the album here. Pre-order the tape here.

We're also doing a release party gig on the 24th of March, at The Sebright Arms. Support by Roats Miguel.
Entry is £4 at the door or £7 including the tape. You can get advance tickets here - if you want to collect the tape on the day with no shipping costs (and with a friendly discount) select the "TICKET + TAPE" option.

Been a while since we last talked about new bands and records. Fanzine and other projects aside, we're still a record label and we still want to support talent we believe in, so it's always thrilling when we find artists on bandcamp creating music we actually want to release. 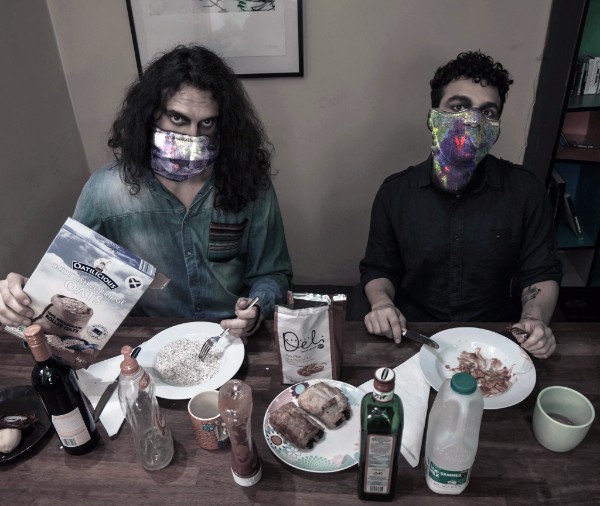 These guys pack a lot of energy for a duo. Hailing from Northwest London, Alessandro and Alberto carve out their sound with experimentation, balancing out raw guitars and hypnotising drums with modulated vocals and unexpected melodies.

We're releasing their S/T debut album in cassette tape, with a revamped artwork and mp3 download included. 100 tapes, 2 colours (limited one for pre-orders).

You can catch them playing live on the 5th and 13th of March.

Watch out for pre-orders starting over the next couple of weeks and a release party gig being announced very soon. 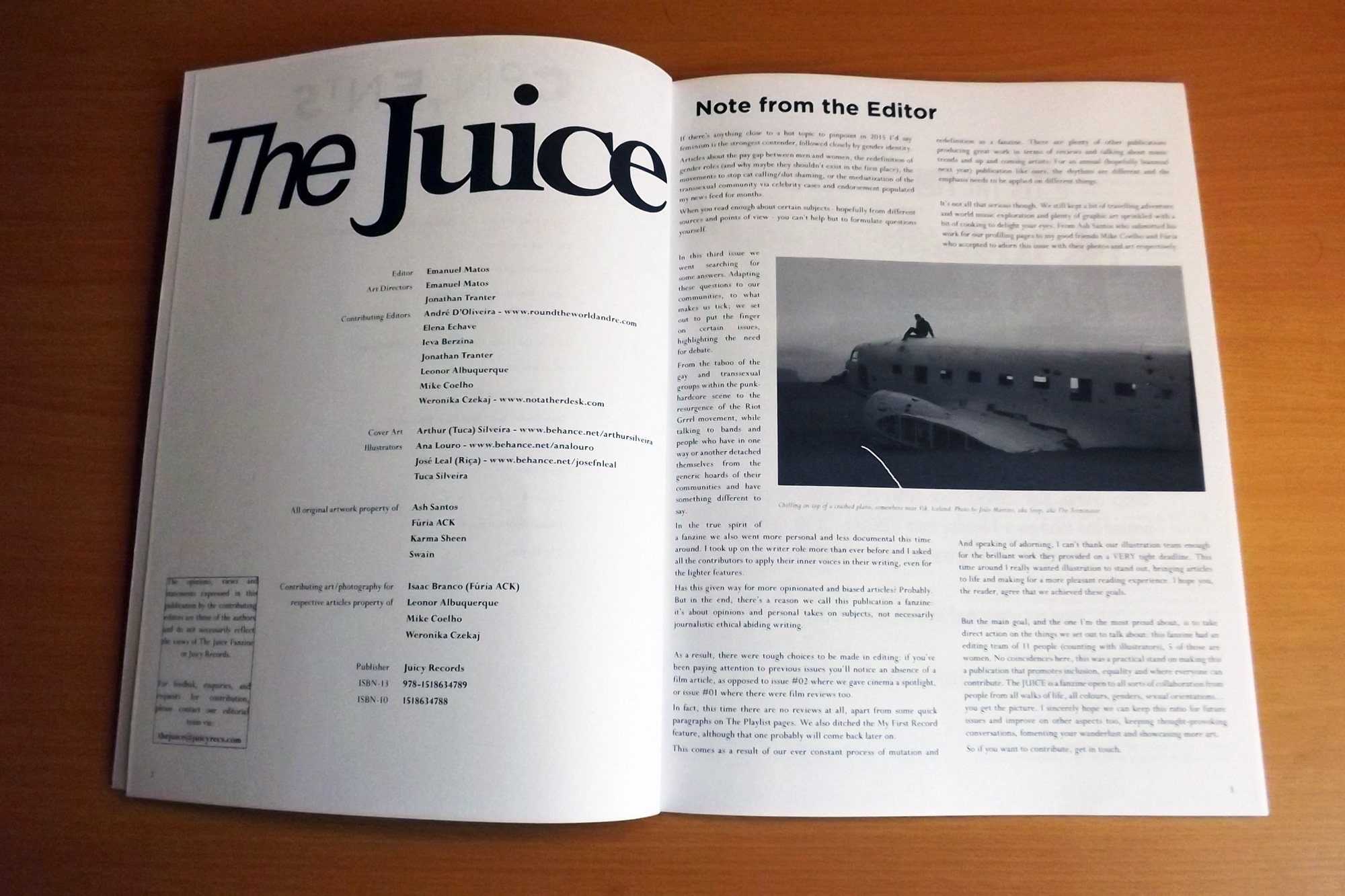 We're stoked to announce that we now have issue #03 of The JUICE Fanzine available in two spots in London:

Charlotte Street News, next to Goodge Street Station. They stock pretty much every relevant magazine on Earth and are our go-to place to check out new publications whenever we're around. They have a very organized webstore.

ICA Bookshop, right next to Trafalgar Square. The Institute of Contemporary Arts is a reference for us (76's Prostitution exhibition - know your punk history) so it's really cool of them to agree to stock our zine in their Bookshop.

So if you live in London and online shopping is not really your thing, now you have 2 places right in Central London. We're working on having more stockists, hopefully in other parts of Europe too, maybe other continents too. If you know any local store supportive of DIY culture and small press in your area, get in touch.

A Thank You Note 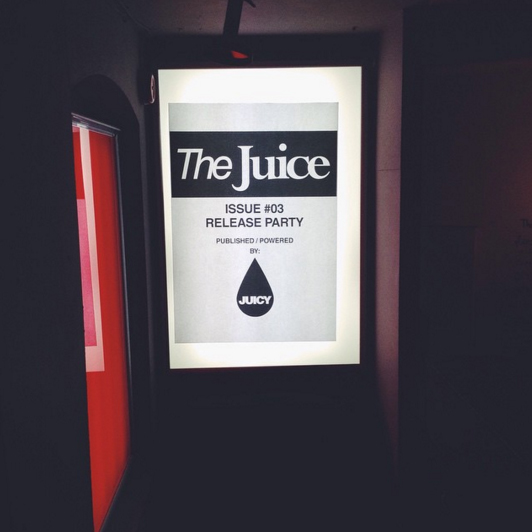 Friday the 20th of November 2015 was a memorable day for us. It was our first ever event in London, our biggest one to date, to celebrate our new fanzine, the third issue of a project which has gained a life of its own, even redirecting part of the energy of Juicy towards publishing, a thing we would never have considered five years ago.

Our THE JUICE #03 Release Party exceeded our best expectations. More than the attendance numbers being overwhelmingly positive or the fact that we already sold a good chunk of stock, what made the difference was the positivity, the smiles, the conversations, the many familiar faces and the new faces that came to meet us and our fanzine for the first time.

On Friday we truly felt that the hard work paid off and that we managed to bring something important to life together with a big group of like-minded people that still care about DIY and self-expression. Thank you for sharing your time with us, means the world.

And none of this would be possible without a few people that need to be highlighted because of their direct contribute:

Fúria, for the painting, the prints, and the overall support.

Mike, for agreeing to be part of this very last minute, the photos and even the ice.

Joana, for coming all the way from Liverpool to peel and cut veggies.

Laura, for helping with the car and being the nicest person.

Elena for arranging things with FA and delivering the playlist on time.

Jimmy for the video and being crazy enough to do it.

Lukasz, the hummus god and provider of unexpected but most appreciated catering.

Fábio & Emilia for the record, hooking us up with Lukasz and the brownies.

Lisa, for being patient about the interview and doing the photo-reporting of the night.

Anete, for the prints and the laptop.

Manu, for the go-pro we didn't use (lol), and for turning up too late but with a genuine intent.

Deborah and Stokey's Food Assembly for the wonderful fruit and veggies.

Ieva, for everything basically. Without her this event would not have been a success. 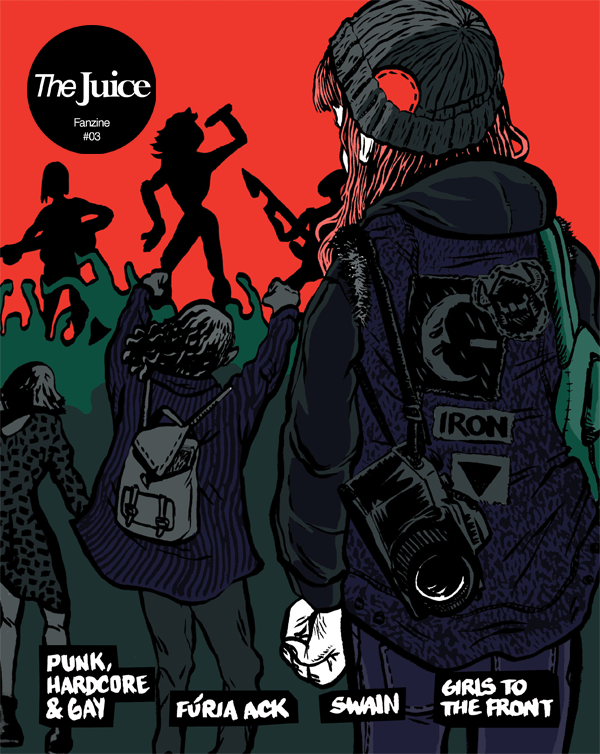