Opus 3 - Man Atop The Tower 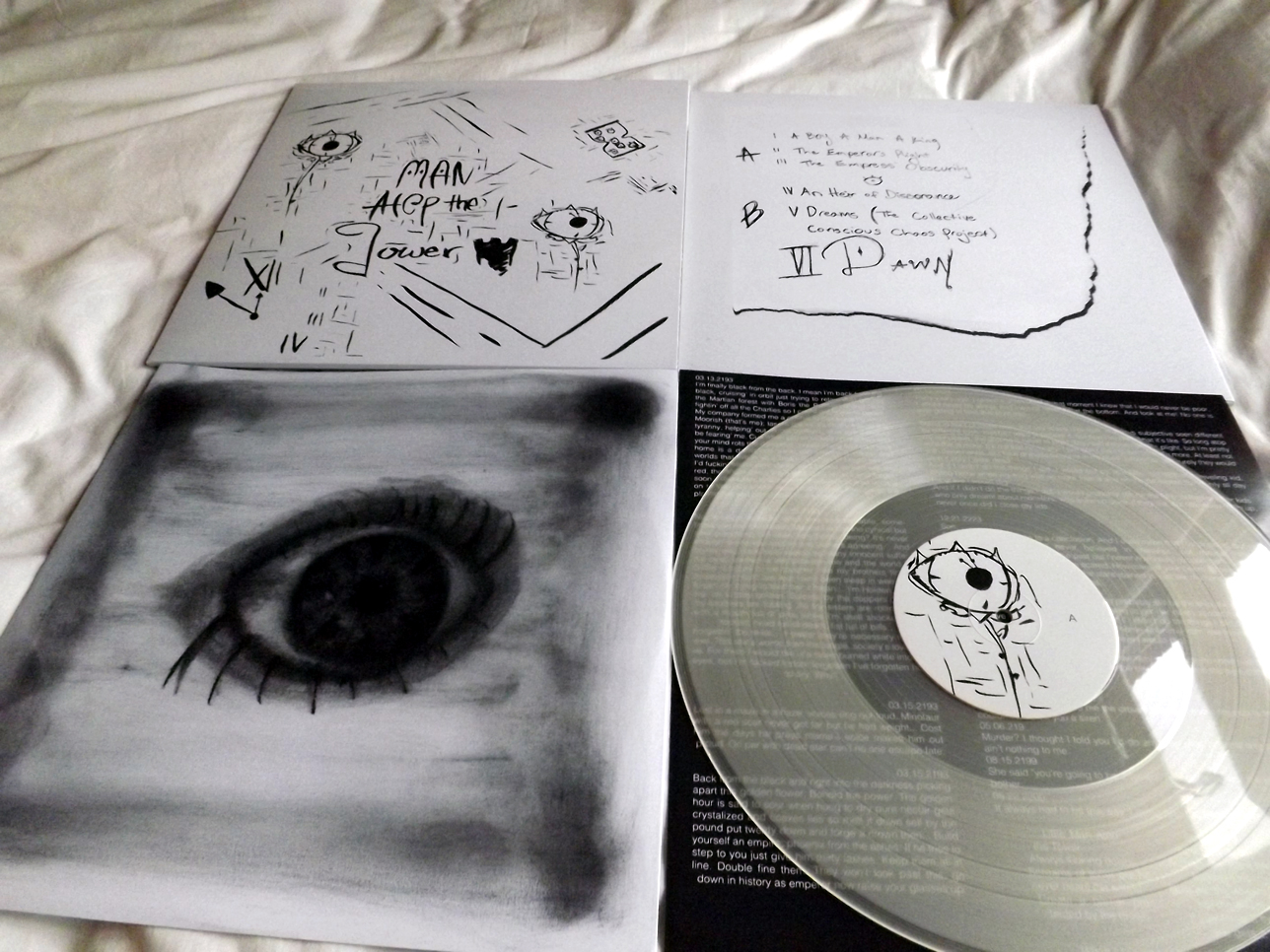 On his last night in NY, me and Christian (that’s sbthemoor's real name, FYI) sat in a pizza joint in Brooklyn and talked about the future.
I told him I was confident and positive but also afraid, as this new vinyl was Juicy’s biggest investment ever, and if things went really bad it could compromise everything for us. Christian was understanding but had an uncompromised look on his face. That look, that genuine rock solid self-belief, gave me the final push I needed to make this record happen.
After all, working with art, especially music, is about long shots, extra miles, and believing in the quality of what you are putting out.

Almost six months later, the record is out, and I have cuts on my lips from biting sellotape to seal pre-order packages. Opus 3 – Man Atop the Tower was our most pre-ordered release ever, the snippet we put on Soundcloud reached 1000+ plays, and things are looking good.

Huge THANK YOU to the people from US, UK, Germany, France, Australia, Sweden, Brazil and Portugal that put their trust (and money) in us, and all the other cool people who in the meantime have put down an order too. We love you and we hope you'll love the record as much as we do.

BUT there’s still a long way to go, and we really wanna sell the shit out of this 1st press, so this email is also a call for help. Tell about Benedick’s music to your friends, share the links on your social media, write about it on your blog, make a giant banner and hire a plane to go around your city…
We’re a strictly and ethically independent DIY label, we don’t have press and PR teams, we don’t have distribution deals. We rely on people like us - music fans - who truly care and support the artists they love.

If you have friends who run music websites/magazines, tell them to get in touch and we’ll hook them up with a digital/physical promo for review.

And here's the full stream of the album, we figured it was about time: